Storytelling as a tool to advance awareness of human rights

“The bodies of Dalit women is where the war of caste is being fought.”

-Asha Kowtal talks about the Hindu caste system has impacted her life and the lives of other Dalit women in India. Listen to her story.

For the last year and a half, I have been leading product development for a storytelling platform called Memria.org. We built Memria because there is currently no way for organizations — specifically social impact or advocacy organizations or NGOs — to easily collect, curate, analyze and share a large volume of narrative accounts, told by people in their own voices whose stories should be heard.

Since February, Memria has been running a pilot project with the Norwegian Human Rights Fund, collecting stories of human rights defenders (HRDs) about the work they do, the risks they take, and why they are compelled to fight for the rights of others. Last week, we began publishing these stories and releasing the voices of these HRDs out into the world.

So what? Why does this matter? Stories are everywhere, right?

When you turn to your social media feed, radio, or TV news broadcast, you hear lots of “stories”. You hear short sound bites or anecdotes about people’s experiences. However, these stories are often mediated through the filter of the media outlet or platform that is distributing that story. If it’s a clip in a news broadcast, it’s going to be within the context or spin of the broader segment. Stories on social media are really just snippets of our everyday lives, shared with the people who we think might care to hear them (but in all honesty, probably don’t). But where can we go to hear first person, autobiographical narrative accounts on important societal issues, told by individuals outside our own social spheres and without being mediated by a news producer or film director?

The answer is we really can’t. For as much as the notion of story is out in the ether right now, there are not great tools that enable us to actually hear each other’s stories, collected on a large scale and made available for wide distribution.

We hear “stories” on these issues nearly every day in news outlets and on social media, but these stories are always mediated. While we might hear a short clip of someone’s voice who represents the point of view of the story, we are not really hearing that person’s full and direct experience in a pure, unfiltered and unmediated way. As a result, we absorb (consciously or not) the bias and perspective of that media piece. It’s like the audio version of a photograph – a photograph might represent reality, but it only shows the reality that exists within the frame. We don’t see what was happening just off-camera. We don’t see what happened moments before or moments after the image was captured. Similarly, mediated stories extract segments from the larger whole of a person’s experience as means of strengthening their case or making their point more powerfully.

In addition to enabling the collection of stories on a particular topic at scale, we also enable the telling of these stories in a direct, unfiltered and highly personal manner. Stories on the Memria platform can be written, but the most impactful stories that we have collected with the Norwegian Human Rights Fund so far are those that were audio recorded in the storyteller’s own voice. Enhanced with photographs, these audio narratives are powerful vignettes into these individual’s lives. You can hear the passion with which they speak on an issue; you hear their pain or their joy; you hear their personality shine through.

“What inspires me in my work is the struggle of the people, their strength, their resilience…. In Bangladesh, people FIGHT against oppression, and that has been part of the history, and not only in Bangladesh but in various nation contexts you see the people’s uprising, the people’s power, inspire people from one country to another to rise and to challenge the autocratic regimes…”

-Adilur Rahman Khan speaks passionately about his experiences as a human rights defender in Bangladesh. Listen to his story.

My personal experience in being a part of building the Memria platform has been profound. Many of us have had the experience of taking something from the concept or idea stage, and making it manifest in the real world. I am a creative person and a “builder” of things, and so I’ve taking this journey countless times over the years. This time is different. This time I’ve helped build something that has the potential to transform how we as members of a society can share experiences in a way that engages and fosters a deeper understanding of one another. In a time when communities in nearly every corner of planet are experiencing conflict, unrest and turmoil to one degree or another, providing mechanisms for deeper listening to one another can be a step to better mutual understanding. I am not so naive or Pollyanna-ish to think that Memria.org is the answer to all conflict and derision in the world. I do, however, firmly believe that taking a step away from 24-hour news cycles and non-stop social media bubbles and opening ourselves up to listening to other people from other perspectives will be a good step in the right direction, and I believe that what we’ve built (and will continue to build) in the Memria platform will begin to enable just that. 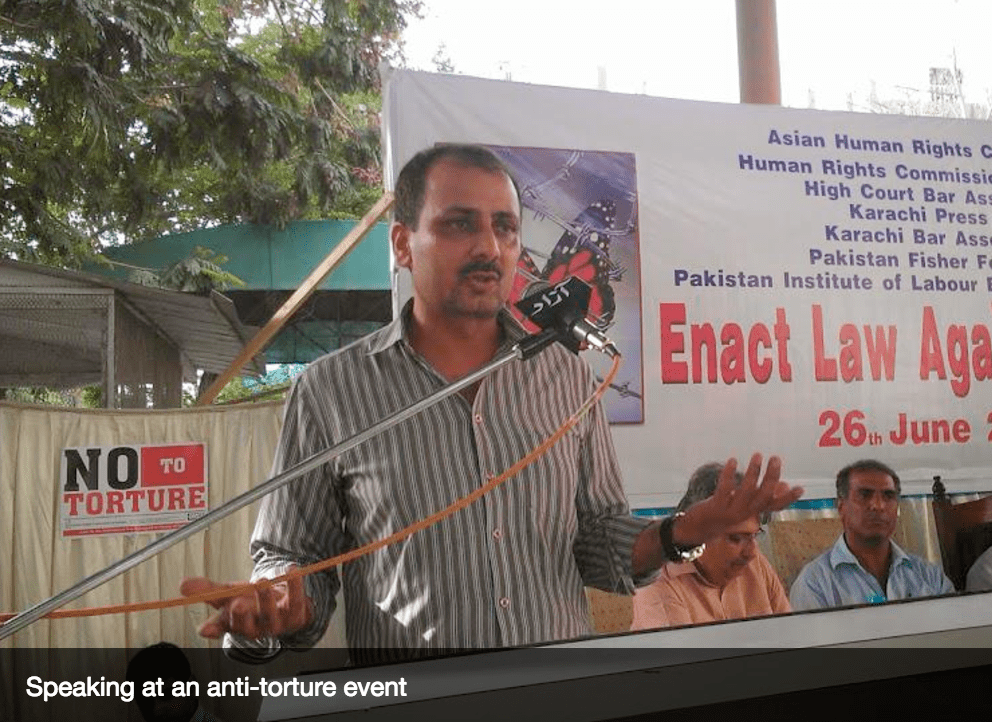 “…Millions of Pakistanis are really living a difficult life in this country, but I think the way they struggle, the way they actually stand up everyday, that really inspires people like me as a human rights defender…”.

-Human rights defender Zulfiqar Shah’s tells his story of getting involved in human rights work in Pakistan after the government was ousted in the 1980s and martial law was declared. Listen to his story.